Everyone has heroes to look up to and respect. It keeps us motivated, grounded and to be better at what we do. Today, we are honoured to have esteemed photographer Eddie Sung share his heroes and inspirations with us. Heroes come in all ages, and in all forms and we hope you feel as inspired as us after this piece.

I always tell my children and young photographers and musicians, we all need Heroes! I certainly have mine and I humbly pay my Respect and Tribute to them in this thought piece.

Whilst people savour albums for the music, I also ponder over the album cover and artwork within.

I find it truly amazing that the Album Cover, a single image, can say it all about songs on the album and its personal memory to you.

I’m deeply grateful and proud that my b/w rock images have adorned the albums (cover/artworks) of Beach Boys, Blondie, Slipknot and Kitaro.

Not bad, for an Asian, far removed from the exciting western Epicentres of Rock & Roll.

As a young lad, based in Singapore, I pondered over the images in the overseas music magazines like Rolling Stone, New Musical Express, Creem, Q etc. Not realising that years later, I’ll be contributing to some famous band’s visual artworks (vinyls, CDs, DVDs, official websites). As well as having my beloved images proudly displayed at Hard Rock Cafes. Oh, and hanging out with some of the Originators of those visual masterpieces.

In fact, during my solo rock photo exhibition held at the prestigious Morrison Hotel Gallery, the photo editor of Rolling Stone magazine dropped by and invited me to visit their office the next day. Although I had other appointments, I promptly postponed them.

I felt that I come full circle as I was mesmerizingly shown around the mythical rock magazine when years ago, as a young lad, I eagerly awaited their upcoming issue to see what juicy images my rock photo heroes had shot.

When I removed my silken ties from my corporate world as a head honcho (in the first half of my Life), I grew a beard, picked up the camera and embarked on the unpaved journey called “Rock And Roll”. I joking call this interesting second half of my Life – the Wilderness.

Unpaved, that is, for an Asian, whilst the epicentres of rock and roll were in New York, Los Angeles and London.

It’s interesting that when I was in the corporate world I dealt with clever intellects who were well schooled and considered industry captains (as was I) of this island. When I was in the second half of my life, I dealt with true Legends of the world. They simply had the guts to follow their hearts (none were of the scholastic type, some were school drop outs). They mesmerised the world with what’s in their Hearts – their music and their visual masterpieces.

Nice things will happen to those who have Faith in Themselves and dare to start walking in their chosen direction of the Road – not travelled yet. Leaving their indelible marks on the world stage. He/She who Dares, Wins!

I’m proud to add that my visual works are now represented by the legendary Morrison Hotel Gallery. The gallery that also represents my rock photography heroes that I used to admire in my formative years.

Through Morrison Hotel Gallery, my heroes are now my Colleagues/Friends. I was fortunate to have hung out / spoken heartily with them.

Although they have influenced me into picking up my camera but I knew I had my OWN photo style and wanted to showcase it to the unsuspecting rock music world.

In the following paragraphs, I want to pay Humble Homage to my Heroes/Friends for their visual gifts and making the world a better and happier place. I thank each of them for allowing me into their inner sanctums and hang out whenever I’m in New York.

They inadvertently taught me these lessons: 1) Show Up 2) Don’t sign no concert photo release papers. They rather not shoot 3) Be positive and nice 4) Make sure your f**king camera’s loaded with film (or in today’s context – memory card).

What follows are only my Personal Anecdotes with these rock photo legends. Do Google them and their amazing comprehensive accomplishments in your spare time. 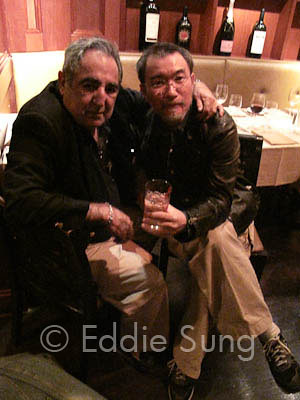 As a self-respecting rock photographer out in Asia, I’m proud to have my personal Jim Marshall stories. He bought me steak dinner and whisky and shared wonderful chats about photography, war stories and Life.

The Morrison Gallery people joked that Marshall never invited them to any meals and warned me to make sure he paid!

Jim once invited me and my family to his home in San Francisco. Known for his fiery temperament and colourful Kodachrome language, I joked that all the years of wholesome/polite Asian upbringing of my children will go down the drain the first minute they meet him. He let out a hearty guffaw. 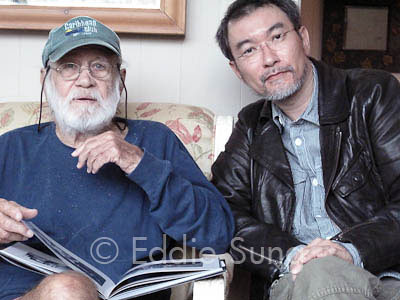 Barry is the Shifu (Master) of framing his subjects. He shot my favourite album cover for George Harrison’s All Things Must Pass. He also shot countless album covers for the likes of Bob Dylan, Janis Joplin, Rolling Stones and the Byrds etc.

I visited/stayed at his home in Woodstock numerous times. I was the second last person, besides his wife, to see him alive. I kept promising him to visit him in his last days. I held his hand at his hospital bed and said I’ve kept my promise. He passed on a few hours later.

It is fitting that it was a rock photographer (albeit all the way from Asia) to pay respect to him just before he went off to shoot the ultimate concert gig in the sky. 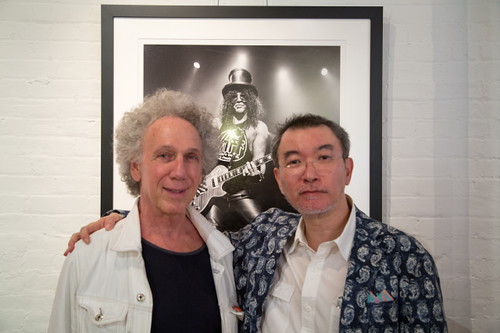 It’s easier to ask Bob who he didn’t shoot. He was everywhere in New York. He shot some intimate and iconic shots of John and Yoko. I admire him for “showing up” and getting the money shots. I visited Bob’s photo studio and went to several of his birthday parties. A kind and gracious man, I’m humbled that he showed up for my solo rock photo exhibition in New York. 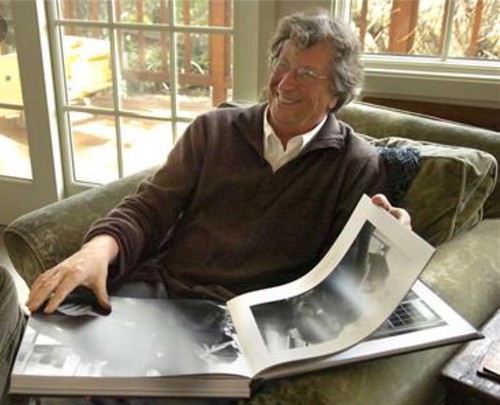 He shot some of my favourite album covers – the Beatles’ Let It Be and Hey Jude and the Who’s Who’s Next album covers, amongst countless others! We spoke extensively on the phone on a Sunday afternoon in the comforts of our homes. Ethan was happy to note that I named my son after him.

I admired that he embedded himself and camera during the Beatles Let It Be recording sessions. Thanks to the kind Chris Stein, I was lucky to have experienced similar magical recording sessions with the legendary band Blondie on TWO of their albums. The last one was for their soon-to-be-released album recorded at the Magic Shop studio in Soho, New York, recently where David Bowie recorded his phenomenal final two albums – Blackstar and The Next Day. 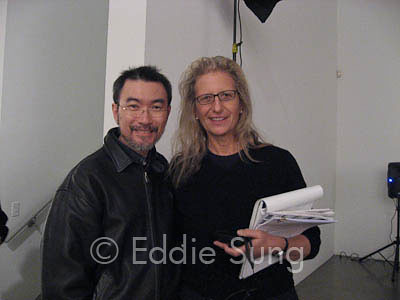 I loved the shots she took for the Rolling Stone magazine in the early days. Especially the early John Lennon images. I had the chance to meet her in New York. 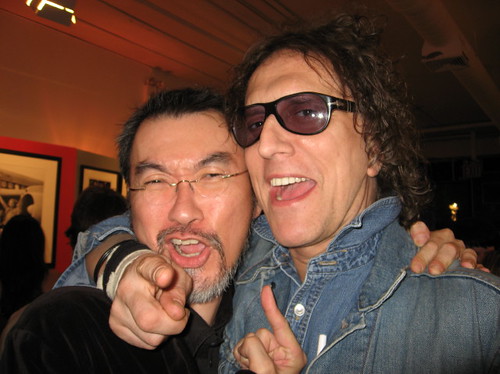 He shot most of the iconic glam rock images associated with David Bowie, Queen, Lou Reed and Iggy Pop amongst many others. He’s always an amusing and fun guy to be around. This guy doesn’t seem to age. 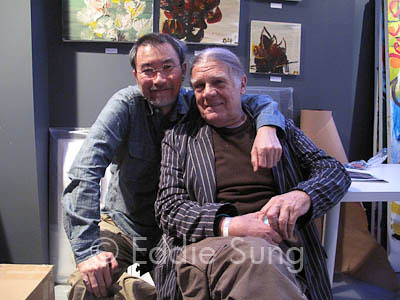 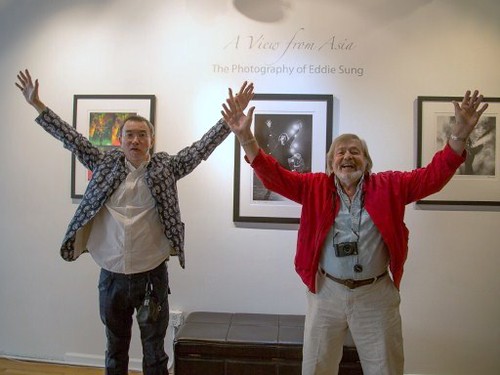 Always a kind and fun guy to be around, he photographed John and Robert Kennedy, Beatles, Martin Luther King Jr., Malcolm X, Bob Dylan, Joan Baez, Woodstock festival etc. I’m humbled that he drove all the way from Massachusetts for my solo rock exhibition in New York. And all the way back immediately after the event 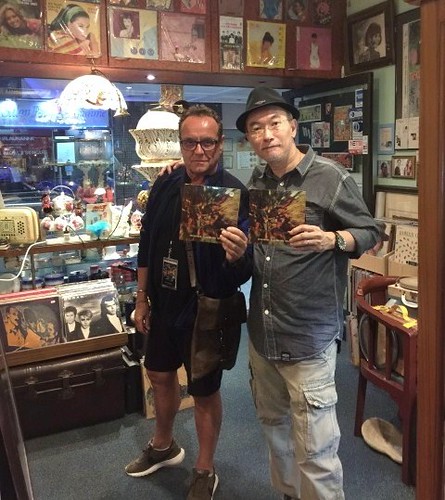 Ross still travels extensively with famous rock bands especially Metallica around the world. A dear and sincere friend, I admire Ross for speaking his mind. He doesn’t mince his words. When he was in Singapore, we hung out and went vinyl shopping.

He was once talking to his friend on the phone, he hung up after a while saying he had to go he was with a friend. He showed me his phone and it displayed “Jimmy Page”. 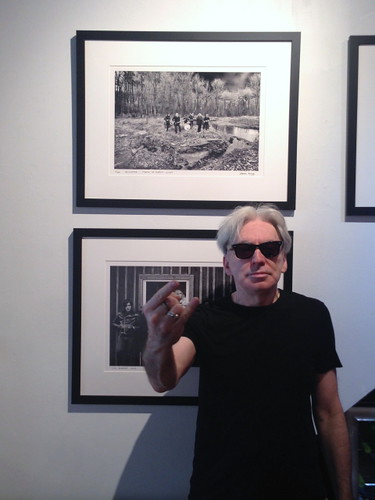 Chris is both a legendary musician with Blondie and an accomplished photographer. Through his images, we get to be an intimate witness to the New York Punk scene. I get to stay at his home and hang out when Blondie records in the studio and play on stage.

Chris is like a brother to me, and I thank him for letting me into his inner sanctum (family and band). I’m humbled that he showed up for my solo rock photo exhibition. 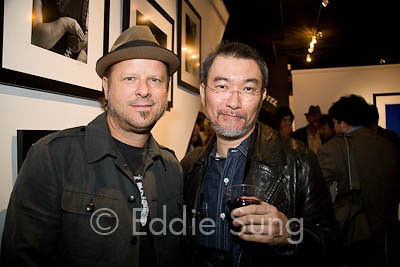 A young blood rock photographer, Danny began his photo journey as an intern for Annie Leibovitz. He’s gone on to shoot iconic images of Dylan, Springsteen, Cash, Tupac and countless others. I love Danny’s Eye for shooting his subjects. We hung out a number of times in dimly lit bar rooms where he plays with his band. 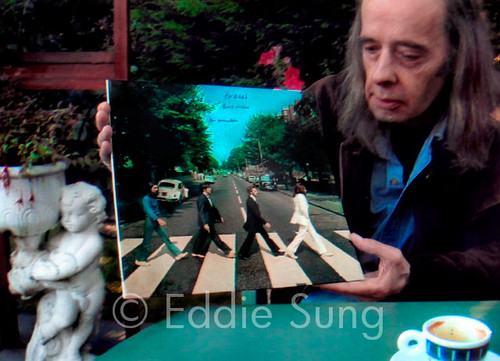 Iain’s the guy who captured the Abbey Road iconic cover. Period. I bought the outtakes from him (a similar set sold for £180,000!) and he also presented me with his personal copy of Abbey Road record cover. 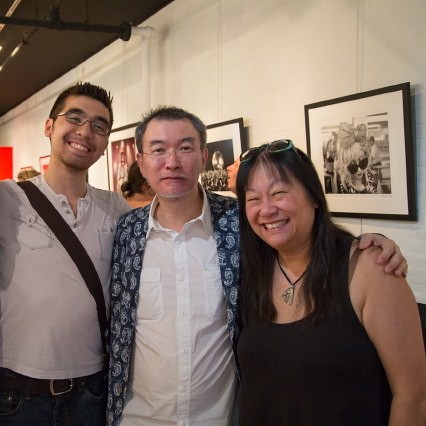 May’s known for her time spent with John Lennon during his Lost Weekend (which lasted one and a half years). She captured the amazing times spent with him capturing his creativity and personality. We have shared many fun lunches and dinners every single time I visit New York. I’m humbled that she (and her son Sebastian) showed up for my solo rock photo exhibition in New York. 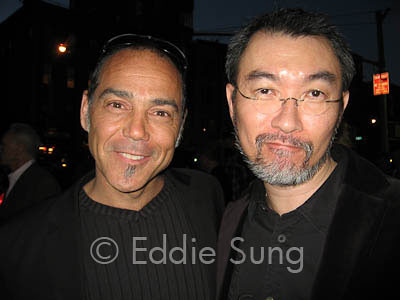 I always look forward to hearing Timothy’s latest adventures and rich photography stories. I had the honour of hanging out at his awesome studio one cool NY night. He once owned a town and has a fine collection of vintage cars and motorbikes. Oh yes, he is also responsible for shooting iconic images of music and movie stars. 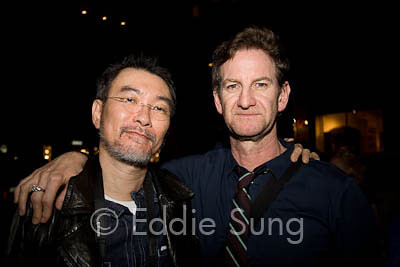 Mark shoots the most awesome Portraitures of icons. His images adorn most of the famous magazines. Google this gracious man’s extensive reservoir of beautiful portraitures.

I must also pay tribute to Others who have influenced my photography and approach to living my Life – in terms of positivity, integrity, going for the feel, passion for their craft, listening to their inner voice, their focus and longevity. I bow to Yousof Karsh, Ansel Adams, Brian Wilson, Rick Rubin, Bob Dylan, Neil Young, BB King, Chuck Berry and Willie Nelson.

Rock and Roll is the Fountain of Youth! But don’t tell anyone that.

Life is a journey, may your mind be alert, your Camera ready!
—-0—-

To check out Eddie Sung’s rock images, please visit his website at www.eddie-sung.com