On 5th March, triple Lucie award winner Eddie Sung attended a rare rock concert that wasn’t cancelled because of the COVID-19 virus. Here he pays tribute to the people involved, who ensured that the show went on. Eddie’s amazing images have graced the covers and album artworks of legendary rock/pop artists and bands such as Beach Boys, Blondie, Slipknot, Kitaro and many others. His latest accomplishment was being named in Dame Olivia Newton-John’s official autobiography, “Don’t Stop Believin'”.

Scorpions and Whitesnake Repels The Virus

As of today, most of the concerts in Singapore and around the world were cancelled or postponed. Coachella, SXSW, Pearl Jam, Slipknot, Madonna, Trivium, Lacuna Coil, Kenny G, BTS, Green Day and countless others. More concerts will be cancelled.

One phenomenal concert went ahead with the show. On March 5th 2020, 5,000 fans packed the Star Theatre to watch and rock out to Scorpions and Whitesnake. To heck with the Coronavirus. As they say, The Show Must Go On! 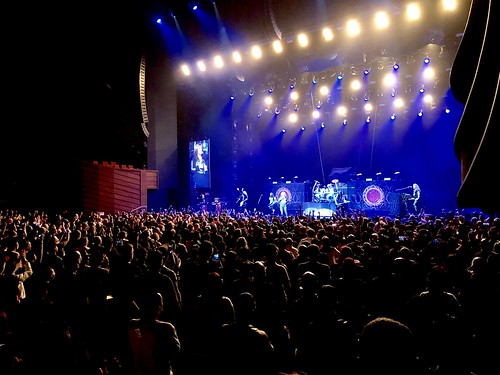 The show itself had some initial setbacks in terms of venue and date changes. From Fort Canning to Star Theatre; from the 4th of March to the 5th.

This concert photo article simply pays due Tribute to All Concerned who went on with the show despite the tense atmosphere (press, word of mouth, jittery social media, hoarding of essential goods, people avoiding public spaces and events, continuous cancellation of events and crowd gatherings etc. etc.)

The Heroes are the legendary BANDS, Scorpion and Whitesnake namely the frontmen/singers – Klaus Meine (71 years young) and David Coverdale (68 years young) and its respective talented and tight band members. 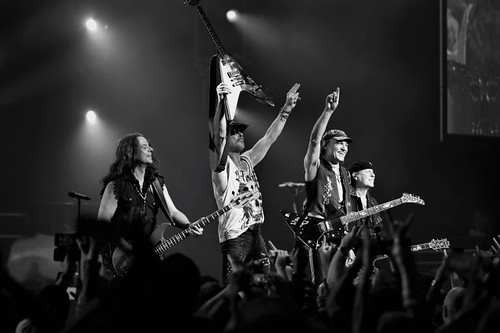 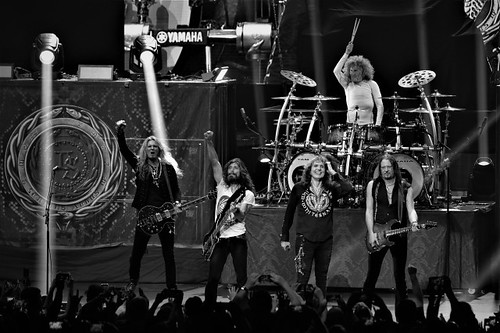 Then there is the concert promoter LAMC (Lauretta & Ross) who brought in the bands, who went ahead with the show, against all odds, instead of choosing the easy way out canceling the show. I can only imagine the psychological, emotional, financial strain they had to endure in the days approaching the show date, involving bands and crews welfares, merchandising (masterminded by Andre), crowd logistics, stage (miking and lighting) set-up, etc. etc. etc. 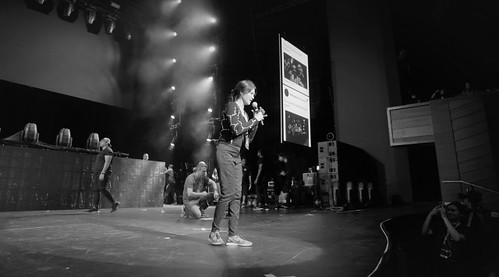 Then the die-hard FANS of the bands. The Star Theatre for implementing thorough electronic temperature screeners at all entry checkpoints.
Let’s not forget the promoter staff, the venue staff (ushers, security, screeners etc.), the stage crew and many others behind the scene. You know who you are.
A special shout-out to RockWeller for opening the show. Olga and her tight band members gave a foot-thumping high adrenalin performance.

Just before the second band Scorpions came on, the Senior Parliamentary Secretary for Home Affairs and Health Amrin Amin, a Scorpion fan himself, even came on stage to give a rousing speech about how Life must go on, despite the virus threat. Amin is introduced by concert promoter Lauretta Alabons. 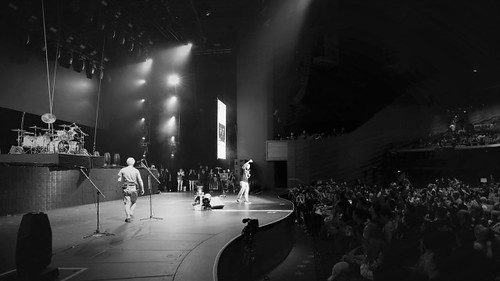 Oh yes, Klaus had to undergo an emergency surgery for kidney stones after the Melbourne gig in Australia, just before coming to Singapore. A few Australian shows were duly postponed. He healed quickly and resumed touring to Singapore. How awesome a rock and roll spirit is that?
Everyone who chose to attend the concert had fun. Including myself. A Japanese fan, who flew down for the concert, even gave me a shoulder massage. 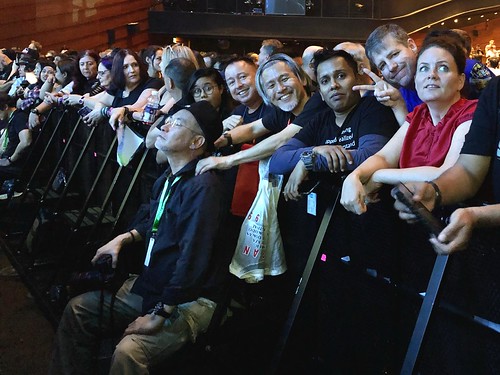 I will treasure the Concert Pass and Scorpion guitar pick as a defiant memento to remind myself of the health scare of 2020. 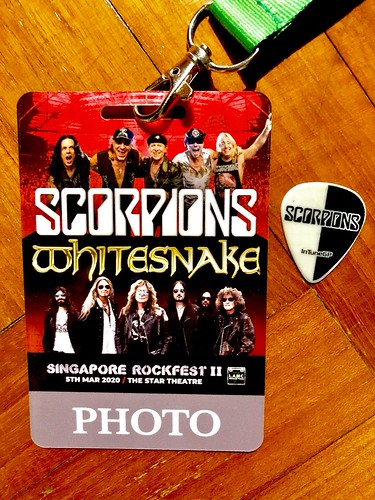 Each of the legendary bands rocked their asses off for one and a half hours each. Giving their 150% worth, possibly in gratitude to their die-hard fans for simply showing up.
Needless to say, the shows rose above all expectations, heads and shoulders above the rest. Puns galore. Haha, as per the raised Matty drum solo. 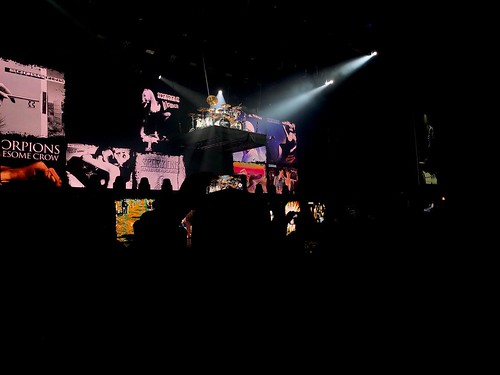 And without further ado, I include the following images I took during the awesome performances by the two bands. For those wasn’t able to attend the concert, and for those who did. Enjoy! 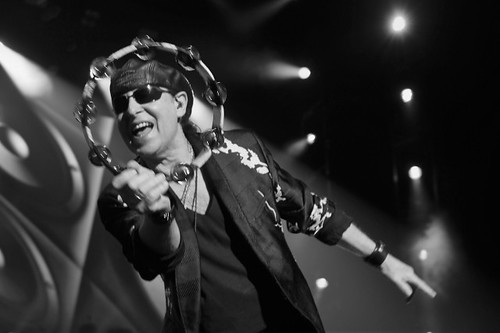 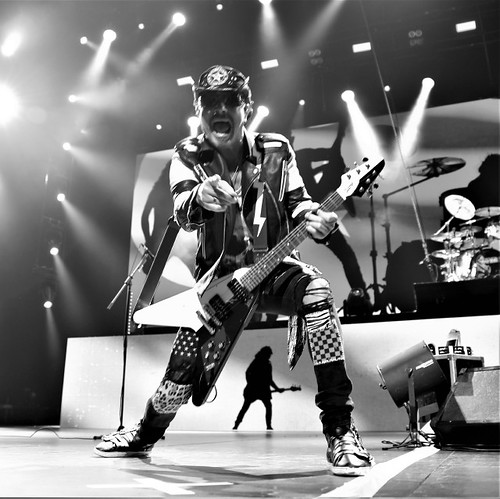 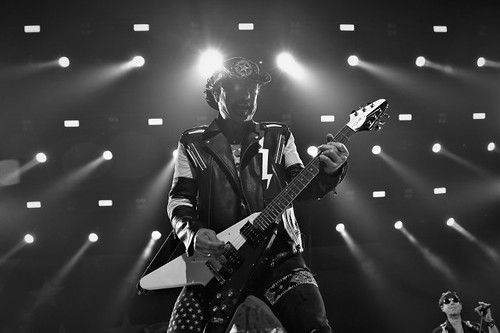 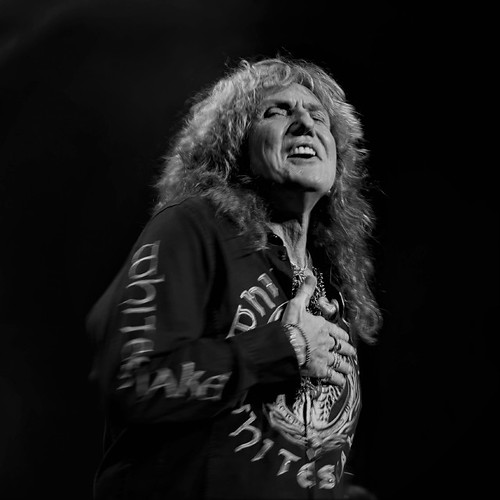 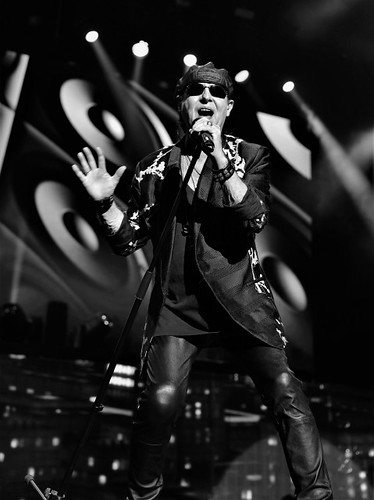 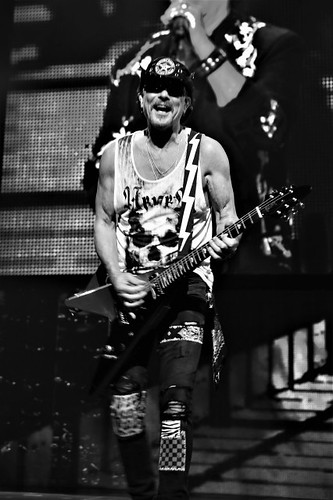 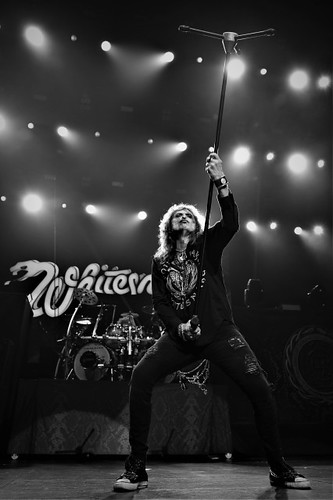 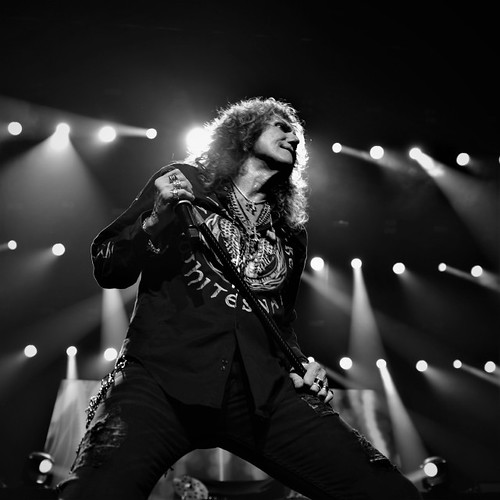 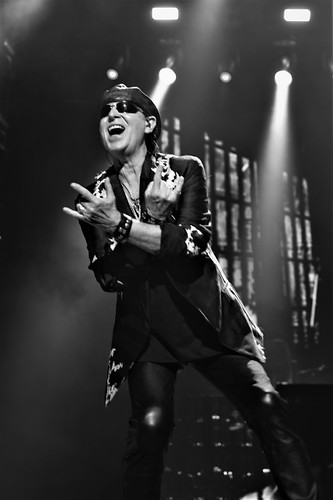 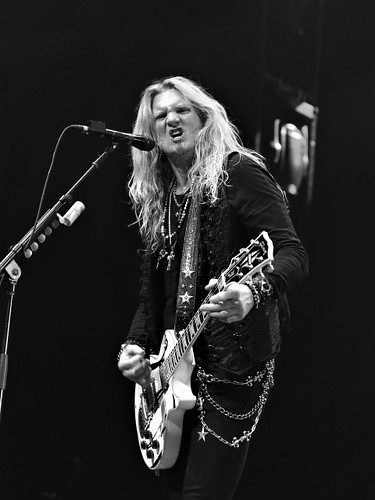 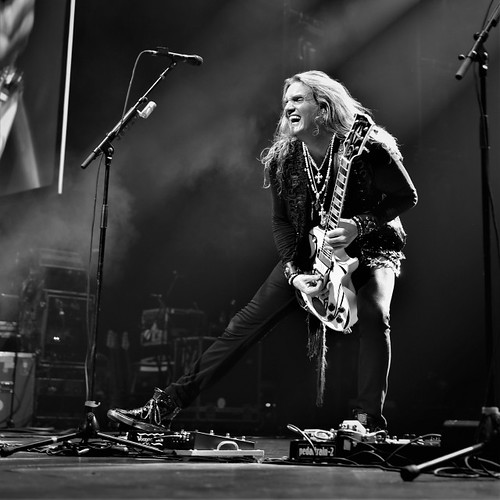 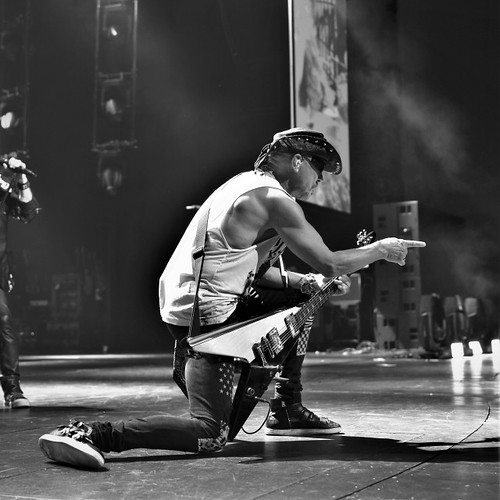 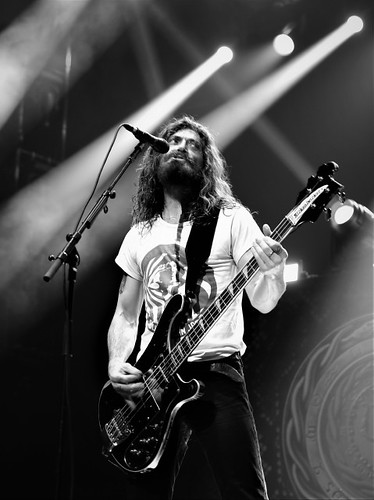 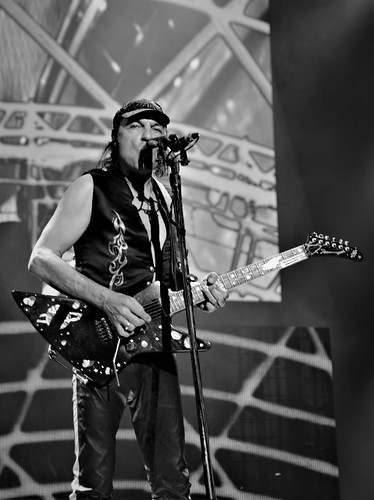 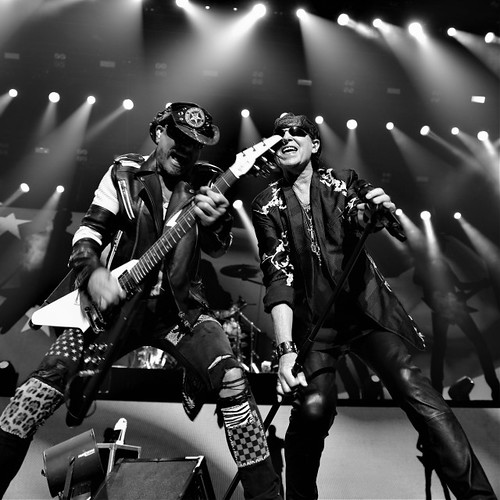 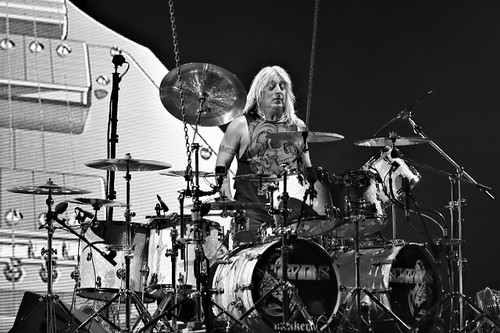 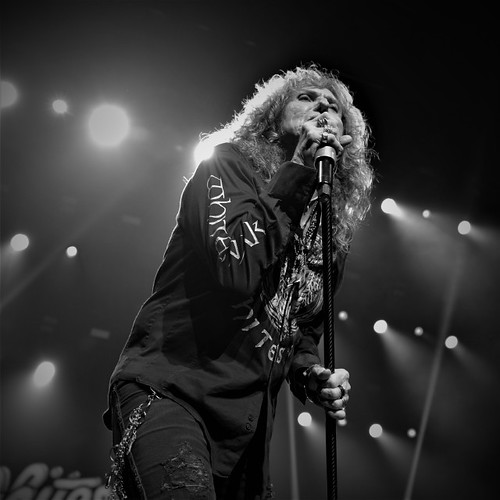 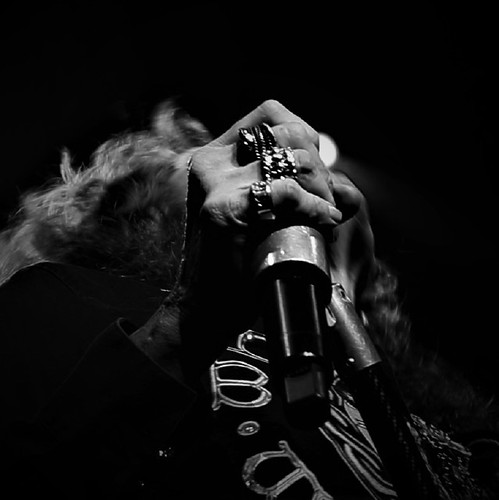 The icing on the rock cake is I got an email from Whitesnake guitarist Joel Hoekstra thanking me for sending some highlights from their awesome performance on that health-conscious night. And a hope that we cross paths down the road

Post-Mortem: As of today 13 March 2020, there’s no reported case of the dreaded CoVid-19 virus affecting any concert-goers! Score one for good old rock and roll!

Silbermond: Mein Osten →
← The Sounds “Safe and Sound” with a twist